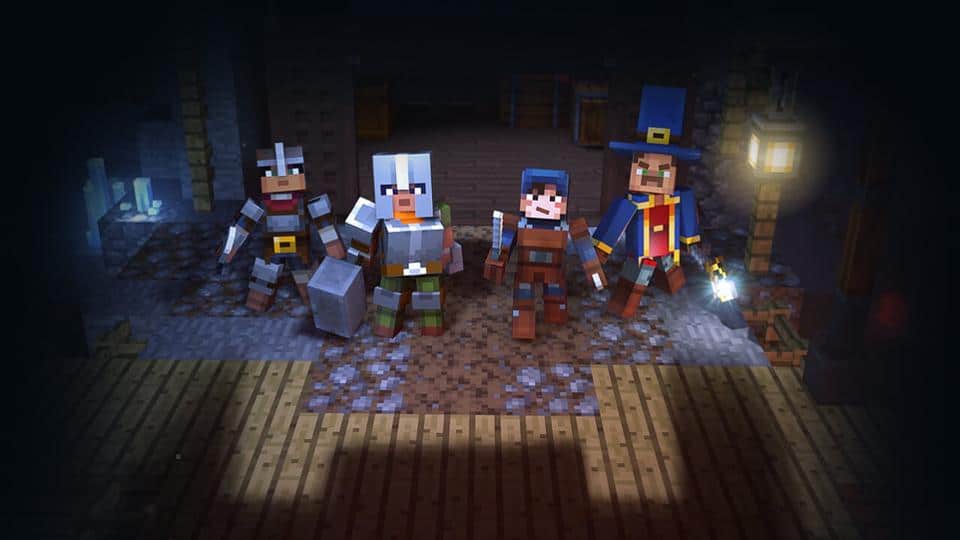 Early into Microsoft’s E3 2019 press conference, Minecraft Dungeons was revealed. It’s a cool little surprise from the makers of the original Minecraft, Mojang. A small team in Stockholm, Sweden has been working on what the developer describes as “a passion project.”

The game is an action-RPG similar to something like Diablo, but set in the Minecraft universe with all its blocky charm. You can play solo or online with friends.

“What exactly is Minecraft: Dungeons? It’s an all-new action-adventure game inspired by classic dungeon crawlers, where you’ll constantly discover new weapons and items that will help you defeat a ruthless swarm of new-and-nasty mobs. You’ll fight or flee through canyons, swamps and – of course – mines!

“You can brave the dungeons alone, or team up with friends. Up to four players can battle together through action-packed, treasure-stuffed, wildly varied levels, all in an epic quest to save the villagers and take down the evil Arch-Illager!”