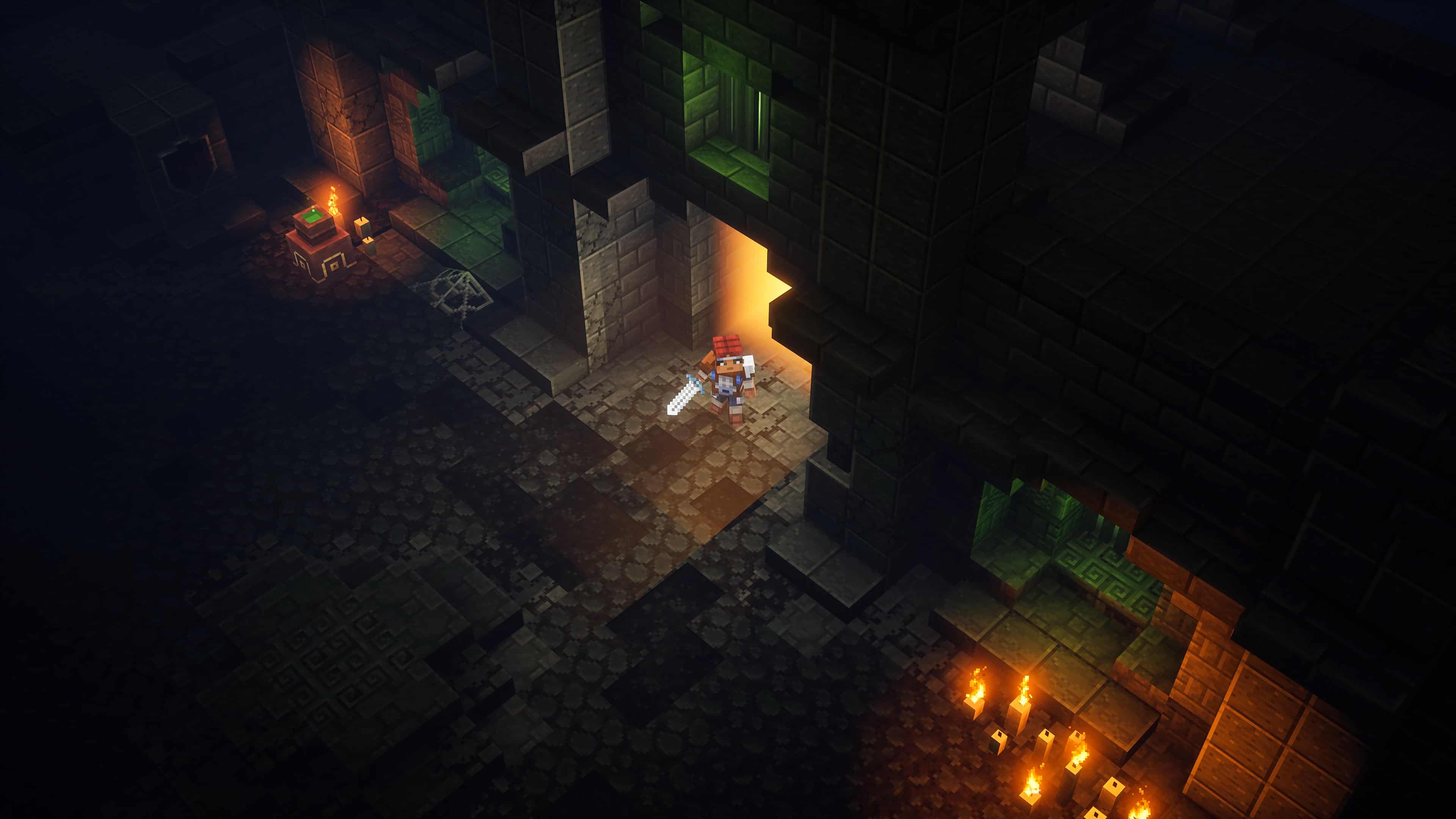 During Microsoft’s Xbox press conference–the first of many E3 livestreams scheduled to air over the next few days–the company revealed a new trailer and details for Minecraft Dungeons. The Minecraft-themed dungeon crawler game is coming to Xbox One and PC this year.

The trailer showed a lengthy look at gameplay from an overhead perspective, along with very Minecraft styled menu screens to equip items and chow down on a turkey leg. The trailer concluded with the announcement of a Spring 2020 release window. It will feature 4-player local and online co-op.

Prior to E3, Microsoft said it was “going big,” covering 14 first-party Xbox One titles and several third-party games. As teased, there were a ton of game reveals and announcements during this year’s E3 press conference, from Cyberpunk 2077’s release date–and the fact Keanu Reeves will be in the game–to Ninja Theory’s new game, Bleeding Edge. You can follow along live with our E3 2019 Microsoft press conference liveblog.