A New Addition in the Minecraft Series: Minecraft Dungeons 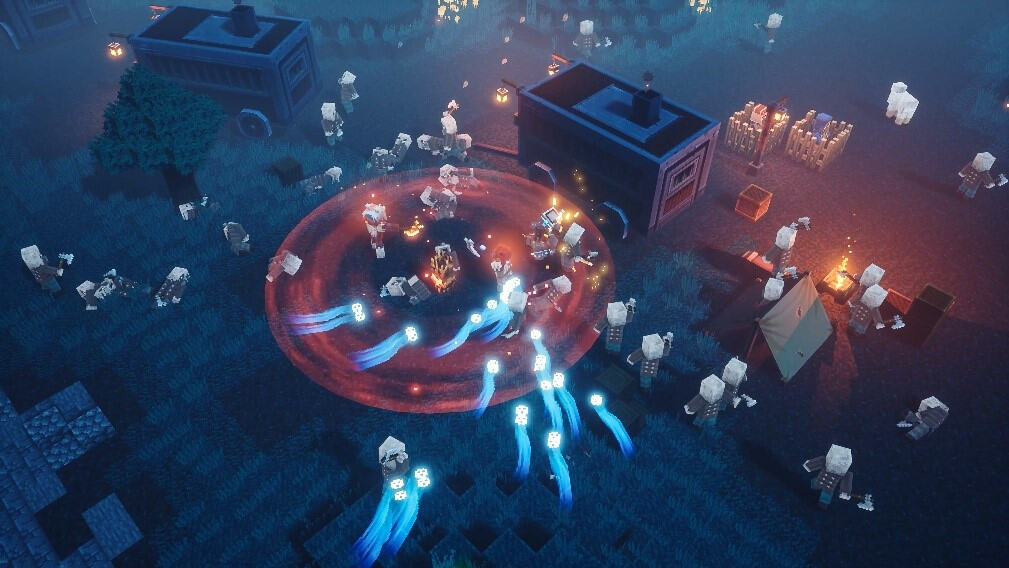 A New Addition in the Minecraft Series: Minecraft Dungeons

This year, it’s been a dramatic E3 from a “breathtaking” moment of Keanu on stage for Cyberpunk 2077, brand new game play for the Final Fantasy VII Remake, a few new games, and world premieres during the Xbox Briefing, and much more. Mojang especially revealed their first-ever stand-alone game called “Dungeon” inside the Minecraft series.

And unlike the original Minecraft Series, the game has a new genre, a new engine, new mechanics, new quests and items and an all new story. In short, it’s a complete restructure of the famous Minecraft idea and is set to be launched on Windows PC, Xbox One, PS4 and Nintendo Switch.

The game was originally announced at Minecon in 2018 but we had to wait until now to get a glimpse of the gameplay. Inspired by classic dungeon crawlers, Mojang unveiled its brand-new action-adventure title during the presentation of the Xbox E3 2019. It’s packed with treasure and immense dungeons to discover whether players like to face evil enemies as a vigilante or join forces with up to a party of four.

With an expected release scheduled for 2020, Xbox Game Studios and Mojang have given us some small details about the what is Minecraft Dungeons exactly.

Developed on Unreal Engine 4 by a small team, Minecraft Dungeons game drops the creative mechanics encountered in the original game of Minecraft, instead emphasizing looting, character progression, and action-packed fighting. It’s a spin-off, but it’s not an outsourced cash-in. It’s a genuine Mojang product and it’s reflected in its look, feel, and authenticity.

The E3 2019 presentation featured a hands-off demo featuring the level “Desert Temple” inside the game. The goal was to find the tomb of the Necromancer and there was always a clear way to the next goal. Of course, you may be thinking that you can take an advantage of the gameplay mechanics and learn walkthroughs beforehand on Twitch streams. That’s not the case.

The game is procedurally generated. Yes! The layouts of fights, the items and the positionings are all randomly generated. The game will feature a different offset every single time you play. Interesting, isn’t it? Although the game itself is going to be quite short, trying to smash through the main campaign, each run of the game is going to be different, possibly giving plenty of replay value.

Sticking to its legacy, Minecraft Dungeons stay away from character classes. According to their motto, “You are what you wear and wield”. The game is packed with many new weapons, skills, armors, and abilities. These items, in combination of the initially assigned qualities, enhance your characters time to time, especially as you unlock items while levelling up.

In addition to that, the game has some side quests with their special rewards as well. We have some villains from the original series as well as some new comers but the gameplay seems to be spontaneous and attractive.

There are plenty of things to talk about inside the game. But the most notable one, the game is directly targeting the younger generation with their Fortnite and PUBG shenanigans. With that being said, the game is likely to become a big hit after its launch.